All people are different 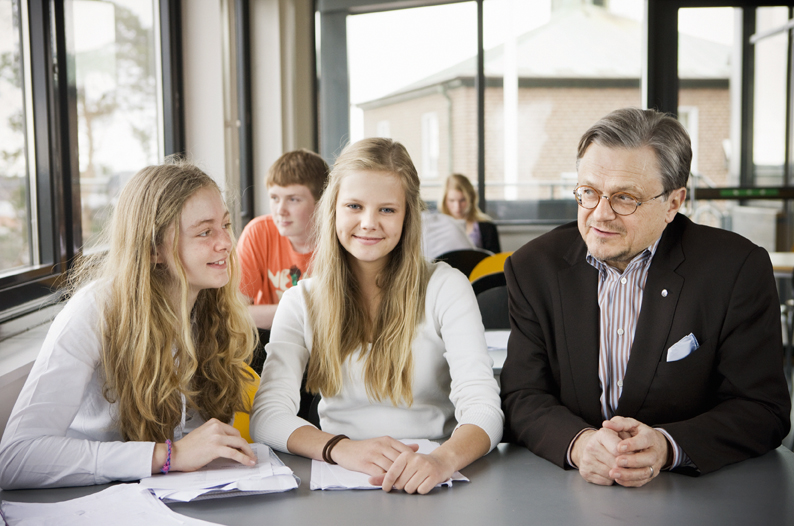 Peje was ten years old when he changed schools and moved away from home. He could no longer attend the school where his family lived in Nynäshamn because the bullies there never left him alone, broke his glasses and made school anguishing for him. Peje transferred to a school in the Södermalm area of Stockholm. He lived with his grandmother and went home to his parents on weekends. The opportunity to choose another school gave him a crucial new start. From that time on, Peje has always fought to encourage respect for his differences and those of others. Giving people the option to choose is a fundamental part of this cause. When people are permitted to express their differences by making a personal choice, individuals and society can develop.

Peje Emilsson is perhaps best known as the founder of Kreab in 1970, one of the largest communications consultancies in Sweden, called Kreab Gavin Anderson since 2009 and operating in 25 countries. Peje has also started the Demoskop research consultancy. He is an entrepreneur in several fields. The common denominator for his businesses is that he wants to do things better.

When Peje’s oldest child started upper secondary school in Sweden at the end of the 1980s, no school operated on the principle that all people are different. A student looking for an alternative to the state-run schools had only one option – to pay for a place in a private school.

However, Peje was already paying tax so his children could receive a good education. Why should he also be required to pay a school fee? Schools financed with tax money should naturally be able to cater to the different characteristics, needs and interests of children equally well as private schools – or even better.

Private schools were available only to a small number of families who could pay the fees. The public sector had a monopoly on educating Sweden’s pupils with the help of tax funding. It was difficult to introduce new educational concepts, but after the general elections in 1991, an important period of change was ushered into the Swedish school system when the non-socialist government implemented its “free school reform”.

The government’s decision gave all students the right to choose between municipal schools and independent schools that were owned by parent co-operatives, foundations or companies. Each student took the municipality’s capitation allowance to the school of his or her choice.

Municipal schools and newly opened free schools were allowed to compete against one another to attract students, although one difference in the conditions remained.

Municipalities were only required to pay 85 percent of the school capitation allowance for students who chose free schools, and the free schools still retained the right to charge students fees to cover their expenses.

Many new free schools, with new operating methods, ambitions and attitudes, started to compete with the municipal schools for money and capitation allowances. More free schools also emerged on the scene when the social democratic government expanded the free school reform in 1996. Free schools were now given the same terms and conditions as municipal schools and could be allotted 100 percent of the capitation allowance for every student that chose to attend them. In return, free schools were not allowed to charge fees and did not have the right to selectively choose the students who would go there. Peje decided to start the school he did not have as a child – a school based on the idea that all people are different. The new school company was launched in January 1999, and named Kunskapsskolan.

The Kunskapsskolan schools are among the leading schools of Sweden. The success of its KED Program can be judged not only by students’ performance being higher than the Swedish national average, but also by the growth of KED schools across international boundaries. Currently, over 100 KED schools and KED Inspired schools are operational across Sweden, UK, the Netherlands, India, USA and the Middle East. The schools follow the curriculum of each country and grade student performance according to national standards.